Home TRADING The SEC wants to ban order flow payments: what this means for... 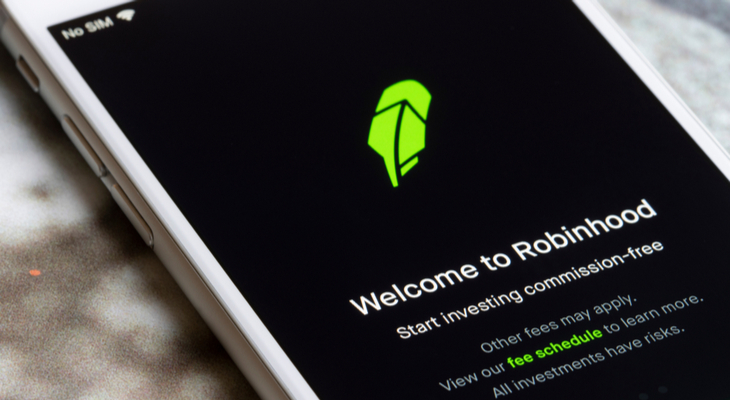 On August 30, the day Barron’s published an interview, Robinhood Markets (Nasdaq: Hood) The stock price plummeted nearly 7% to close at $43.64.

According to data compiled by Refinitiv, the company debuted on Wall Street at the end of July and has risen nearly 25% since its IPO.

This article will discuss with you order flow payment, how it works, Robinhood’s business model, and how the ban on PFOF will affect popular brokerage applications.

So, without further ado, let us enter directly.

Robinhood is an online brokerage company co-founded by Vladimir Tenev and Baiju Bhatt in April 2013.

It is the first broker to provide commission-free online trading for U.S. stocks and exchange-traded funds (ETFs). This move has allowed traditional brokers Charles Schwab (NYSE: SCHW) and E*Trade to feel the upsurge in 2019. Have followed suit.

Part of Robinhood’s success stems from efforts to make investing fun (gamification of its apps) to stimulate transactions and attract millennials and Gen Z.

Robinhood also allows investors to enter the retail market, including initial public offerings, and enables its users to trade assets such as cryptocurrencies.

But critics and regulators believe that Robinhood and other brokers who gamified their trading applications have turned the stock market into a game that amateur traders are too eager to play without knowing the stakes and the rules.

All in all, Robinhood’s zero commission model and its user-friendly applications make transactions easier and cheaper for ordinary traders, regardless of their experience, attracting more than 21 million monthly active users in the last statistics.

What does “Order Flow Payment” mean?

Order flow paymentOr PFOF, is a controversial and complicated practice done by brokerage firms such as Robinhood and Charles Schwab, who accept funds (usually a fraction of a cent) from “market makers” in exchange for routing customer orders.

The whole idea of ​​commission-free trading has to do with order flow payments. First, a trader submits a sell or buy order for stocks through Robinhood or other online brokers.

The broker then passes the order to the third-party market maker. Market makers are usually large banks or institutions that provide liquidity for the market by offering a large number of orders to buy and sell securities.

After receiving the order, the market maker pays a small fee to the broker.

Once the market maker executes the transaction, it will buy the stock at a discount below the selling price, and collect the difference as a profit. This difference is called the “bid-ask spread”.

Robinhood and other trading platforms have discovered that in the current environment, they can make more money by selling customer orders instead of directly charging customers a small fee for each transaction.

They believe that order flow payment provides traders with better prices and opens up new markets. However, some regulators and consumer advocates criticized this approach, claiming that it has an inherent conflict of interest.

By the way, did you know that order flow payment was pioneered by the late Ponzi scheme king Bernie Madoff in the 1990s?

How the PFOF ban affects Robinhood

Since Robinhood does not charge users transaction commissions, most of its revenue comes from order flow payments.

In its Second quarter earnings reportSince listing, Robinhood disclosed a loss of US$502 million for the first time, compared with a profit of US$58 million in the same period last year.

The broker said that a large part of the loss was due to warrants for an emergency round of financing it raised this year.

According to the report, approximately 80% of Robinhood’s revenue comes from PFOF, or payments it receives for sending stock, cryptocurrency, and option orders to market makers.

Based on these financial results, it is easy to conclude that prohibiting order flow payments may adversely affect Robinhood’s revenue.

Gensler told Barron’s that PFOF has an “inherent conflict of interest” and is “considering a total ban on the model.”

The SEC boss also added that, in addition to making a small spread for each trade, market makers can also receive data, get a first look at the trade, and match the ability of traders based on the flow of orders they receive from the broker.

Although Gensler did not state whether SEC officials found cases where investors were harmed by conflicts of interest, he warned that PFOF “may not be the most effective in the 2020s.”

Robinhood has always been one of the biggest winners during the Covid-19 pandemic, thanks to its simple and user-friendly trading application that makes it easy to trade stocks, options and even cryptocurrencies.

But Robinhood also faced extreme criticism at the height of the meme stock trading frenzy because the broker and some of its competitors restricted the trading of certain stocks due to the increased capital requirements of the clearing house.

At a congressional hearing on Robinhood’s meme stock trading failure in February, some lawmakers focused their attention on the PFOF and blamed it on the broker’s decision to block the trading of certain stocks.

Now, what action Robinhood will take when the SEC investigates the PFOF remains to be seen, because it is worried that this approach may incentivize brokers to sell customer orders to market makers to maximize their profits, rather than making it easier for customers to execute trades .

However, one thing is certain: If the SEC announces a total ban on PFOF, Robinhood and its peers will have to start charging commissions to avoid continuing.

According to this article by Bloomberg, The entire Robinhood era of exciting retail transactions, meme stocks, and option-driven price changes will be gone forever.