A gold ring “Memento Mori” engraved with a skull is one of nine stunning medieval and post-medieval objects found in Wales.

The ring found in the Carreghofa parish in Powys would have been kept as a reminder of the inevitability of death.

“Memento Mori” is a Latin term that literally means “remember you must die”.

Among the other priceless objects are three gold and silver coin treasures and the first Anglo-Saxon style double hook clasp identified in Wales.

All nine finds were discovered by metal detectors in Powys and Vale of Glamorgan and declared a treasure by the National Museum of Wales.

They were all personal items belonging to wealthy members of Welsh society from the 9th to 17th centuries AD.

In the picture “Treasure Chest 19.11” – a post-medieval golden Memento Mori finger ring that was found in the municipality of Carreghofa in Powys

Memento Mori literally means “remember that you have to die”.

The early Puritan settlers were particularly aware of death and feared what it might mean. Hence, a Puritan tombstone often shows a memento mori meant for the living.

These skulls or skulls may seem creepy to us, but they helped keep the living on track for fear of eternal punishment.

In earlier centuries, an educated European could put a real skull on his desk to keep the idea of ​​death in mind.

Engraved on the flat bezel is what the National Museum of Wales calls a “skull” – a skull – inlaid with traces of white enamel.

The skull is surrounded by the inscription ‘+ Memento Mori’ in small, italic, italic font.

The inscription, the style of the engraved skull, and the cursive script indicate that this ring dates between 1550 and 1650, according to the National Museum of Wales.

The government agency said in a blog post that it is hoping to acquire this artifact for the Welsh national collection.

“This is a rare example of a Tudor or early Stuart Memento Mori ring with a clear Welsh ancestry,” said Dr. Mark Redknap, Assistant Director of Collections and Research at the National Museum of Wales.

‘His feeling reflects the high mortality of time, the motif and the inscription recognizing the brevity and vanity of life.

“This discovery extends our knowledge of attitudes towards death in early modern Wales.”

The coins are “nobles” from the reign of Edward III. And Richard II (1327-1399) with a total value of 20 shillings, which corresponds to about 50 daily wages for a craftsman.

They were probably buried for safekeeping towards the end of the 14th century, but their owner never salvaged them. 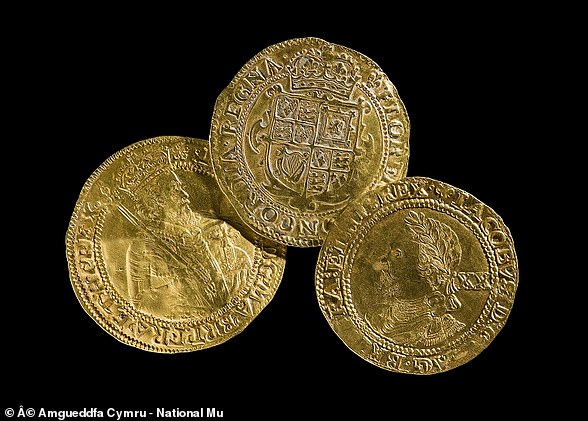 – – Treasure Chest 06/19, a medieval silver bar found in the parish of Llancarfan in the Vale of Glamorgan. 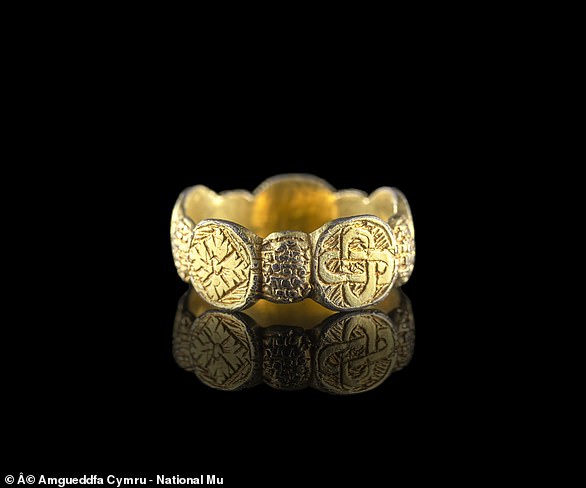 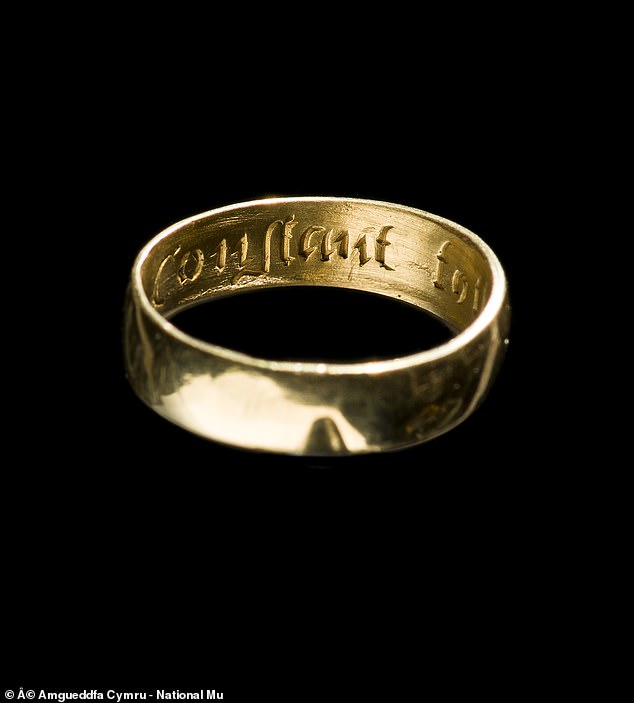 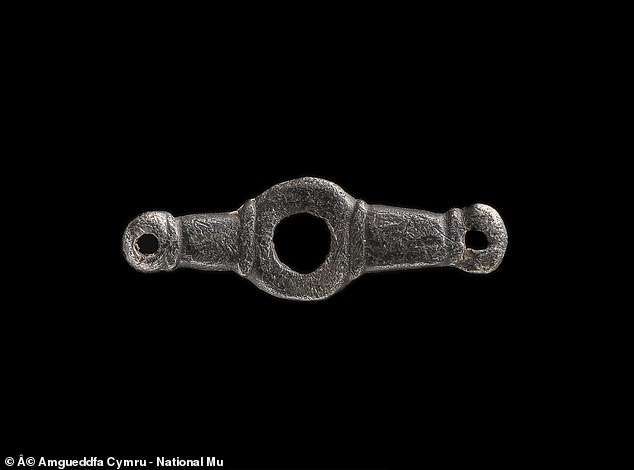 The newly opened Y Gaer Museum, the Art Gallery & Library in the town of Brecon, Mid Wales, is hoping to acquire the gold coins for its new galleries.

“Very few gold coins have been discovered in South Powys, so we would appreciate the opportunity to add these to the museum’s new medieval exhibits,” said senior curator Nigel Blackamore.

A group of five silver coins (Treasure 19:22), consisting of 4 groats and a Burgundian “double patard”, was discovered by Aled Roberts and Graham Wood in May 2019 while metal was discovered in Churchstoke Community, Powys. 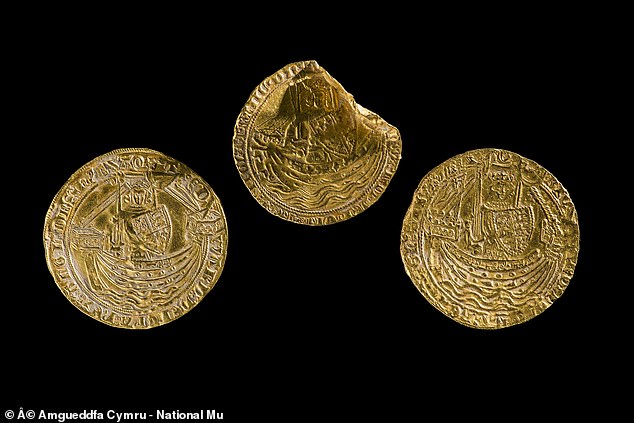 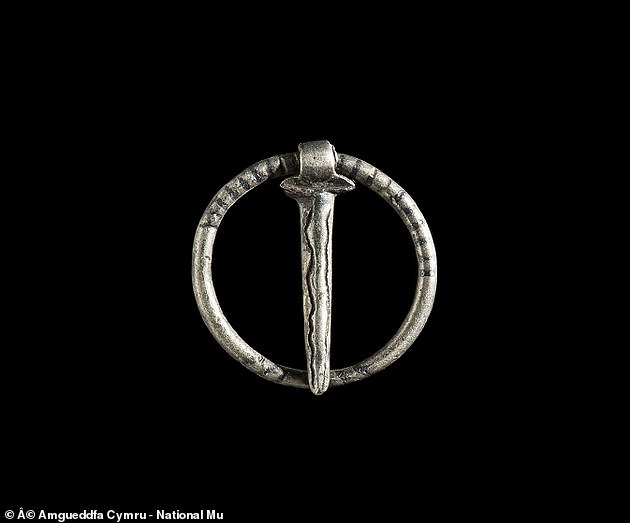 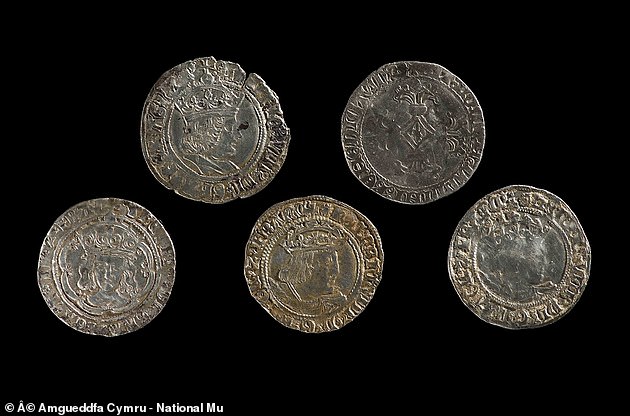 Treasure Chest 19:22 – a Tudor silver coin treasure found in the Churchstoke community in Powys. The portrait of Henry VIII is depicted on three of these coins 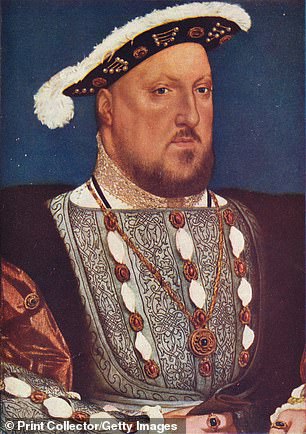 This little treasure was buried around 1530 during the reign of Henry VIII, the portrait of which is depicted on three of the coins.

The Y Lanfa Powysland Museum and Welshpool Library hope to acquire this coin treasure to add to the museum’s collection, which does not yet contain examples of locally found coins from the 16th century.

“It would be wonderful to have these coins in the museum’s collection and open them to the public,” said center manager Saffron Price.

In the meantime, the early medieval decorated silver double hook clasp (treasure chest 19:23) was found by Stuart Fletcher in the Churchstoke Community, Powys, at an unknown date.

The National Museum Wales says: “The stylization of the invalidated zoomorphic motifs shows that it is an Anglo-Saxon work from the 9th century, which was probably used to attach an item of clothing as functional costume jewelry.” 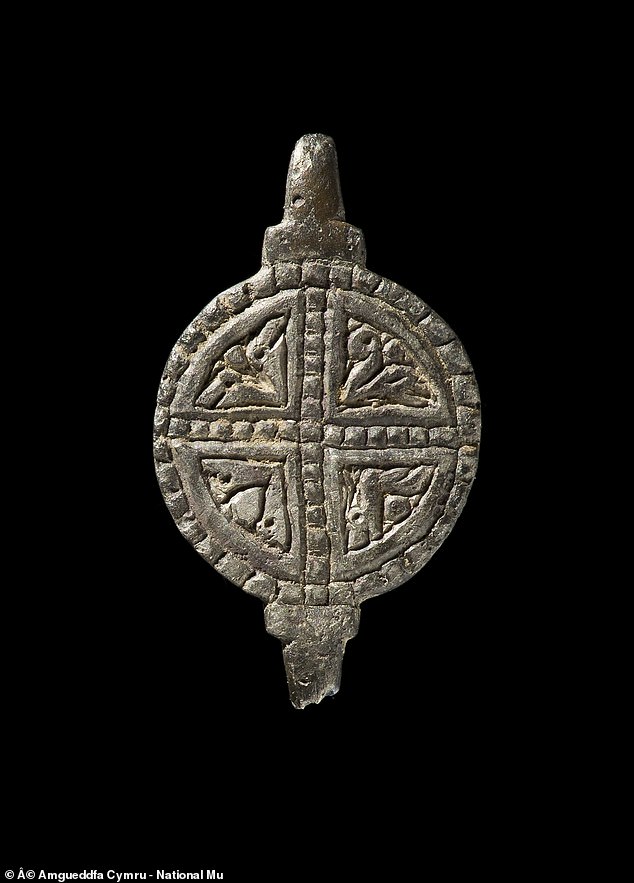 She hopes to be able to acquire this artifact for the national collection as well.

“It reflects the status of the original owner and provides new evidence of the unveiling of Anglo-Saxon styles in the early Welsh kingdoms and of the melting pot of styles and influences from which Welsh identity was to emerge.”