Lionel Messi has helped secure 50,000 doses of a Covid vaccine for the South American Football Confederation as part of a bold campaign to inoculate players ahead of this summer’s Copa America.

The plan is to inoculate players in the top men’s and women’s leagues across the continent prior to the tournament, which is to be held in Argentina and Colombia in June and July.

But the scheme has quickly hit a snag, with the Brazilian health authority insisting any privately imported vaccines must go directly to the public health system.

Belloso tweeted: ‘Sinovac’s directors manifested their admiration for Lionel Messi, who kindly sent us three shirts for them.’

And he added: ‘We want all football players to be inoculated before the Copa America.’

However, the Brazilian health authority, Anvisa, said the vaccines had yet to receive full regulatory approval in Brazil and if they do, they must benefit the general population. 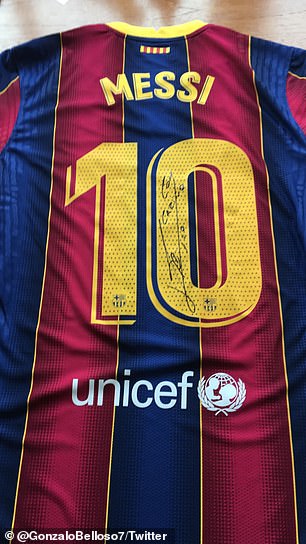 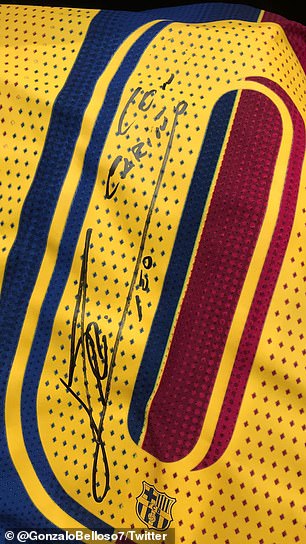 ‘Brazilian law says that private entities, such as CONMEBOL, are allowed to import their own vaccines but there is a condition,’ an Anvisa representative told Reuters.

‘They must be donated to the SUS (the public health system) unless all high-risk categories have already been vaccinated.’

Once all high-risk individuals had received a jab, private companies could take half, with the other half going to the SUS, the representative added.

Brazil has so far vaccinated 27.8 million people, or about 13% of its population. More than 77 million form part of the priority groups.

The COVID-19 pandemic has hit Brazil hard, with thousands still dying each day. The overall death toll so far is 361,000, more than any nation bar the United States. 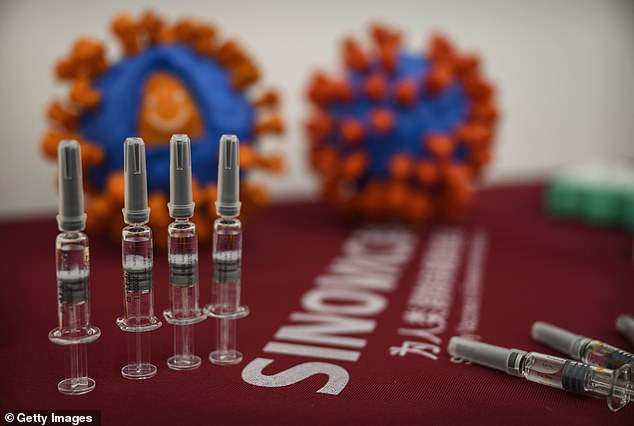 Some of the 50,000 doses of the Chinese vaccine will be given to Argentinian football players

The Guardian is also reporting that the Argentinian government will first need to approve China’s Coronavac vaccine, which is made by Sinovac, before the doses are administered.

China ‘s Covid vaccines do not offer a high level of protection from coronavirus, scientists have warned.

Concerns have been raised after the use of Chinese vaccines in South American countries have failed to prevent the spread of coronavirus,

Experts have told MailOnline the spiralling crisis in Chile should send a warning to the rest of the world that Chinese-made jabs are too weak.

Chile is primarily using the CoronaVac vaccine, made by Chinese pharma giant Sinovac. A study by the University of Chile found the vaccine was only three per cent effective after the first dose, rising to 56.5 per cent two weeks after the second.

For comparison, the Pfizer and Moderna vaccines have efficacy rates of 95 per cent and 94 per cent, respectively, while AstraZeneca’s is about 79 per cent.

And the government will need to grant a special exemption to allow the players to have the vaccine ahead of the general population.

Concerns has also been expressed about the efficacy of Chinese vaccines, which have been used in 53 countries, many of them developing nations in South America, Africa and South East Asia.

The fact they are cheap and easy to store has made them ideal for countries which do not have the special equipment to keep other jabs at ultra-cold temperatures.

But some studies have suggested that one dose of the CoronaVac vaccine is only three per cent effective, and two doses provide protection from the virus in only around half of cases.

Even China’s top health official has conceded the efficacy of its vaccines is not ideal, in a rare public admission. Gao Fu, director of the Chinese Center for Disease Control and Prevention admitted ‘protection rates of existing vaccines are not high’.

South America has suffered a surge in Covid cases, which has been attributed to the spread of the Brazil variant that is thought to be more than twice as transmissible as the original virus.

There has been criticism in South America of putting footballers ahead of the general population, which is suffering from the rapid spread of the virus.

Vaccines are scarce in countries like Uruguay and Argentina, which is what prompted Conmebol to take action ahead of this summer’s tournament.

The Argentinian government is considering a strong lockdown in order to halt the spread of coronavirus while the country waits on the next delivery of vaccines, which last arrived on April 4.

Uruguay currently has the highest number of new daily Covid cases worldwide, 1,084 per million inhabitants, compared to the UK’s 25 per million. 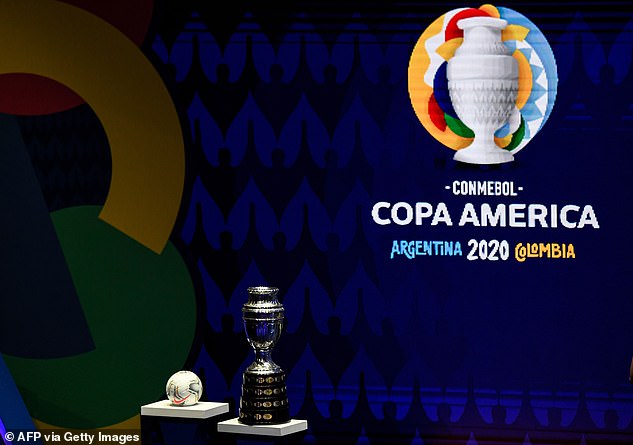 ‘Just as the president manifested cooperation with Conmebol to vaccinate for the Copa America, he could just as well have the same consideration for Canelones,’ the mayor of the Uruguayan city of Canelones, Yamandu Orsi, said.

The Copa America, which was pushed back a year due to outbreak of the coronavirus, will take place in Colombia and Argentina, from June 13 to July 10.

It is due to take place in nine venues in nine cities, including the Estadio Monumental in Buenos Aires.

Ten teams will compete for the title, which is currently held by Brazil.

A Farewell to Adam Zagajewski, by Marek Makowski

A Farewell to Adam Zagajewski, by Marek Makowski