Home TRADING How to choose a day trading laptop 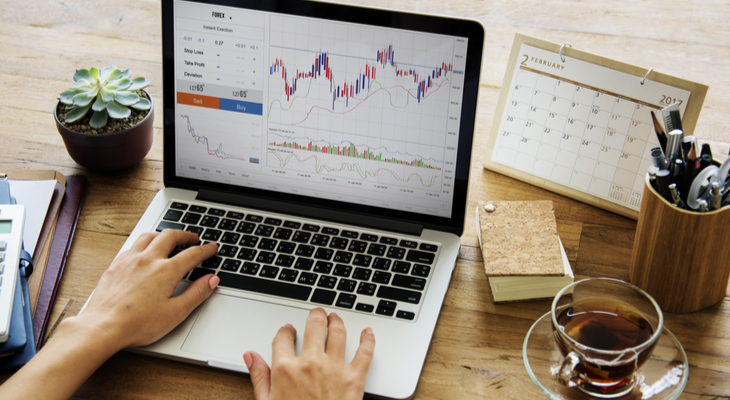 When looking for a new day trading laptop, it is important to fit your budget and needs. If money is not an issue and you are just looking for the best laptop, we will advise you.

However, most of you will seek some balance between cost and performance/function. With a limited budget, you must narrow down the most important components you need, and then work backwards from there.

Determine the component requirements of your trading laptop

A computer is a collection of different components, each of which performs specific responsibilities.

Building a powerful computer means getting a powerful set of components, but when your budget is limited, it is feasible to focus on the components that are most important to your daily needs before optimizing anything else.

The basic components in a computer are:

To determine whether your trading computer should focus on CPU or RAM, just open all the trading software you use and start interacting with it. In addition, there is the Windows Task Manager (or the system monitor of a Linux computer) and see which resources are under the most pressure.

With a few exceptions, most standard charting platforms are RAM intensive, which means you should focus on maximizing the RAM of your laptop, rather than any other components.

With a few exceptions, you can skip the aftermarket GPUs used to trade laptops. And because the laptop is pre-manufactured by the manufacturer, you will almost never replace the motherboard.

So, in essence, your search boils down to finding a laptop with enough CPU, enough RAM, and enough hard drive storage space.

Replacing a hard drive on most laptops is easy and cheap, so this is one thing you can compromise and replace later. However, don’t expect to replace the CPU. There are some technical details, but suppose you are associated with the CPU in your laptop.

RAM is also easy to replace, but your laptop needs a slot to expand it, because RAM is a stick placed in a computer slot, and laptop motherboards usually have limited RAM slots.

How much memory do I need?

Think of RAM as the short-term memory of the brain. If you work in fields such as engineering or programming, you may need a lot of short-term memory. However, if you are dealing with paperwork in the office, much less is required. Your transaction process is roughly the same.

The amount of RAM you need depends on how much you need to do at once.

If you are a high-speed day trader who uses scanners, multiple charts, news feeds, chat rooms, etc., then you need a lot of RAM. Probably at least 16GB.

If you are a basic swing trader running a few screens on FinViz and cycling through dozens of charts, then you need much less memory. In this case, you can even use 4GB, because I have been using a backup ThinkPad with a Linux version.

However, if you are running Windows, you need at least 8GB, because Windows uses more RAM.

Like I said before, open all your software and start interacting with it in the way you use in real-time trading. Observe your Windows Task Manager or Linux System Monitor to see how many resources your software uses.

How many monitors do you need?

We are all familiar with traders. They have dozens of monitors with countless charts, scanners, news feeds, etc. on the screens. It’s absolutely tempting, I know what it’s like to go into the monitor rabbit hole and convince myself that I need a dozen monitors.

Review your transaction process. How many monitors do you use now?

Do you feel that you are at a major disadvantage because you cannot easily access more information? I think you need to prove that every monitor you add to the setup is reasonable, because the more screens you add, the easier it is for you to be distracted and paralyzed by analysis.

It’s not just the cost of buying more monitors. More is not always better.

The legendary trader said “trading screen things”, but this is difficult when you have 24 screens.

When you split three or so programs on one screen, it makes sense to add another screen to your settings. The following is an example of a five-monitor daily trading setup:

Now let’s solve the problem of actually connecting the monitor to the settings. Your monitor is connected to the computer’s GPU via DisplayPort, HDMI, DVI, VGA, etc., and you are limited by the number of display inputs that the GPU has.

On a desktop PC, you can simply add another GPU with more monitor input and call it a day, but this is not a trivial issue for laptops.

Therefore, please make sure that the laptop you buy has enough monitor input to support the number of monitors you want, or at least it can be expanded with an equivalent docking station.

Where can I buy an external monitor

Display is a field, you can spend a few hundred dollars to buy an ultra-wide curved display with a refresh rate of 240hz, or you can buy an old 21-inch display.

If your budget is tight, the benefits of being bigger are small. This is not a game, your 240hz refresh rate may make a difference between killing and death in FPS.

In terms of budget options, your best option is to use.

So far, in terms of laptops, the most cost-effective thing is to buy a second-hand corporate laptop that has been in use for several years. Companies will buy or lease these laptops in bulk and upgrade them every few years. These perfect “non-lease” laptops are sold to distributors for a few cents.

Most people agree that Lenovo’s ThinkPad is the highest-quality corporate laptop because they have high-quality touchpads and keyboards, and have been tested to military standards. However, you can also find cheap Dell and Hewlett-Packard corporate laptops on the second-hand market.

There are many different models of ThinkPad suitable for different workflows. The W series are “workstation” laptops. These sacrifice portability and aesthetics for better performance. Then there is the X series, which is almost as thin as a MacBook and usually equipped with a touch screen.

Because this is not an article about Lenovo ThinkPad models, I will recommend excellent ones to you Bobbie Tech’s second-hand ThinkPad buyer’s guide.

I have used this docking station to run a four-monitor setup. Three external monitors plus a laptop monitor. 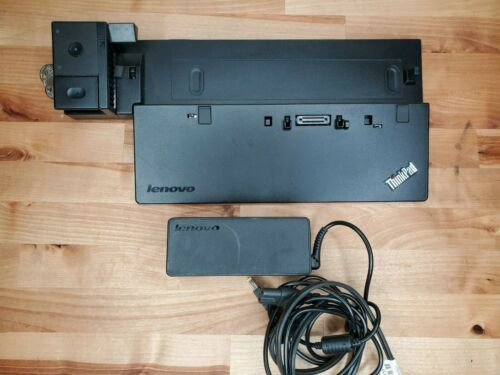 Our non-budget laptop of choice is Falcon ComputerIn addition to making excellent laptops and providing workstation desktop performance in terms of laptop portability, they actually specialize in making trading computers and laptops.

The biggest advantage of laptop computers is that they are built to use multiple external displays, which is one of the main requirements of trading computers. They even have an out-of-the-box display setup, complete with a display stand, cable, and display.

F-10 and F-15 are very similar, the main difference is that F-15 has an additional display input, which means you can use three external displays instead of two.

No matter which Falcon laptop you look at, they all have at least an 11th generation i7 Intel CPU, which is more than enough for almost any trading setup.

Speaking of memory, the basic models of F-10 and F-15 both start at 8GB. We strongly recommend that you expand to at least 16GB, but since you have already purchased a high-end laptop, you may upgrade to 32GB. Because the cost difference compared with the price of the computer will be very small.

We think we have provided a lot of important information about choosing a trading laptop in this article, but Falcon Computers has a Trading Computer Buyer’s Guide On their website for more information.

You can give Paul Tudor Jones or George Soros a small sum of money and a primary school Chromebook, and they will still become legendary traders again.

On the other hand, you can provide novice traders with a gambling mindset with a computer that can power Google.com, and they are still failed traders.

The key is not to over-consider buying a computer, because it will not make you a better or worse trader. A computer is just a tool, and we know that the quality of a tool depends on the person who uses it.

Trading computers can make the lives of good traders easier and enable them to take advantage of more opportunities.